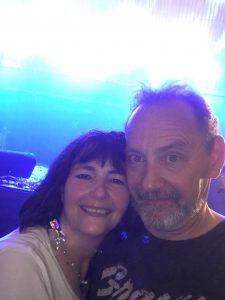 An entrepreneur motivated by challenge – with over 30 years’ experience in a variety of positions in restaurants, hotels, nightclubs and cabarets, McTaggart got an early start in the business working banquets at the Hotel Fort Garry.

In 1980 he studied music at Bemidji State University. “I liked the rock and roll lifestyle, but there wasn’t enough to eat!” McTaggart changed focus and became a waiter at the Keg Steakhouse and Bar, where he fell in love with the business. He later gained invaluable experience managing restaurants within Oscar Gruber’s Specialty Division and honed these skills at Mr. Greenjeans for Venturcan Equities.

Later that decade, Scot became Maitre’d at Tippler’s, one of Toronto’s finest restaurants. The fresh local movement was happening and he was strongly influenced by up-and-coming Chefs Michael Stadtlander, Jamie Kennedy and Susur Lee. This is where his passion for fresh and local began. He’d finally found something to eat.

During this time, he started visiting Ontario and British Columbia wine country. He learned about growing grapes and making wine from some of Canada’s premier winemakers. It was watching Canada’s burgeoning wine industry unfold, and the contacts established during that time, which later proved vital to the success of fusion grill’s award winning all Canadian wine list. “I’ve had to drink a lot of research.”

“And now for something completely different.”

In 1990 McTaggart became the General Manager at Rumor’s Restaurant and Comedy Club making his stand-up comedy debut. The iconic Budd Friedman, from A&E’s Evening at the Improv, named Rumor’s, Comedy Club of the Year in 1993.

Scot’s passion for sourcing the best fresh local Manitoba ingredients and Canadian wines is unparalleled. He loves to share stories with patrons, describing where their food comes from and why it’s better. He is a champion of the Canadian wine industry and is personally responsible for converting hundreds if not thousands of wine lovers.

In 2011, fusion grill was listed as One of “Canada’s Top 10 Restaurants” in the Globe and Mail. The National Post calls fusion grill Winnipeg’s “Best Place to Eat.” Scot is most proud of his Edna Award, presented by Cuisine Canada, “Recognizing Lifetime Achievement in the Canadian Culinary Landscape.” In February 2017 Food & Beverage Manitoba, honoured fusion grill with a TASTE Award for Local Favourite Restaurant. In August 2016 the Winnipeg Free Press gave fusion grill a 5 Star “Best of Winnipeg” readers choice award.

Scot is proud to be on the Board of Directors for Restaurants Canada formerly the Canadian Restaurant and Foodservices Association. ” I love the food service industry and appreciate the opportunity to give back.” 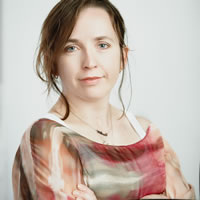 “Knowing what to cook is just as important as knowing how to cook.”

Chef Lorna Murdoch is described in the food media as a “pioneer”, able to produce “a cyclone of winning flavors” and “a talented young star”. She is regularly featured in local, national and international publications, as well as, television networks. She took a silver medal at the prestigious Gold Medal Plates, a national Chef’s competition. In New York’s illustrious Rainbow Room, she successfully served and influenced 250 US food and travel writers with her vision of Manitoba Regional Cuisine.

Chef Lorna Murdoch became involved with fusion grill in 1996 after graduating from the commercial cooking program at Red River College. She was working in some notable Winnipeg kitchens before being hired as the Sous Chef at fusion grill. She soon made herself an invaluable asset to the kitchen and then… she left.

She decided to move to Southern Ontario for a very good reason; the prestigious Stratford Chefs School. Here she learned that knowing what to cook is just as important as knowing how to cook. At Stratford she was influenced by chefs such as Michael Statdlander, Keith Frogget, Jamie Kennedy, Carine Veyrat, and Francois Payard. After working at On the Twenty with Michael and Anna Olson, Lorna graduated from the school with honors, a wine award and a minor in Baking. She later went on to stagier at Scaramouche in Toronto and Rundles in Stratford, with Chef Neil Baxter.

Lorna set up in Toronto working at local favorite Messis restaurant, but later decided on traveling to Vancouver to broaden her culinary horizons.  In Vancouver she worked at the prestigious Blue water café and raw bar with Chef James Walt.  After two years by the sea the prairies were calling and she returned to Winnipeg to become the talented chef at fusion grill.